05 Apr 2016 in Retirement, Superannuation by admin 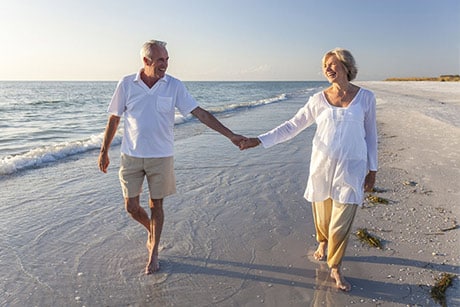 A transition to retirement (TTR) pension allows individuals to draw money from superannuation while they are still working.  A TTR allows for those aged over their preservation age but under 65 to receive pension payments of between 4% and 10% of the member’s beginning balance without the requirement to retire.  TTR pensions were originally introduced to allow those close to retirement to gradually exit the work force by cutting down their works hours and supplementing their reduced wage with superannuation pension income.

Though, many people who have a TTR do not decrease their work hours and instead receive their pension income on top of their regular wage.  The advantage these people get from a TTR is that any earnings on funds supporting a pension are tax free compared to 15% tax otherwise.  The majority of the person’s funds can be kept in “pension phase” and they will pay no tax on earnings regardless of the number of hours they work or the salary they receive.  These people can then contribute surplus income back into superannuation through salary sacrifice- making their personal tax situation more favourable as well.

It is almost certain that superannuation will be on the chopping block in the coalition’s budget and TTR is a logical target.  The way many people use a TTR goes against the spirit of the legislation allowing for it in the first place.  The budget will likely include measures to crackdown on the exploitation of TTR.  This could mean new rules around salary sacrifice where those drawing a pension are limited or excluded from salary sacrificing.  Or, there could be a work test involved where there is a set number of hours someone receiving a TTR is allowed to work- though this would be very difficult to police for self employed people and impractical for those in consulting jobs with lumpy work loads.  There are also rumours swirling that funds held in pension phase could be taxed.  Taxation of earnings while drawing a TTR would quickly deter people using it solely for the tax advantages.

There is the potential for TTR to be scrapped altogether and individuals will either need to reach their preservation age and retire or will not be able to access superannuation benefits until age 65.  Further complicating superannuation will only add to superannuation fund trustees administrative costs and make people more reluctant than they already are to contribute to superannuation for fear of future changes.  The good news for those currently receiving a TTR is that the government generally bend over backwards to make superannuation changes prospectively and “grandfather” existing arrangements.  This is part of the reason superannuation is so complicated.