24 Feb 2016 in Investments, Superannuation by admin 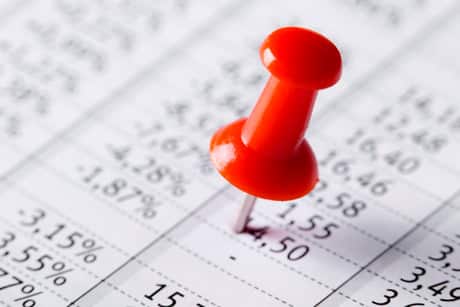 The Australian Industry Group has suggested a reduction in the corporate tax rate from 30% to 20% and removing dividend imputation to pay for it.  If this happens it will lead to a 20% reduction in “take home” (dividend plus imputation less tax) income from dividends for most people.

The only people who will be better off are foreign shareholders, who cannot currently claim imputation credits and big businesses.  When most people come to grips with the consequences of removal of dividend imputation, especially older Australians living primarily off dividend payments, they will be ropable.

Dividend imputation was introduced in Australia in 1987.  It is where some or all of the tax paid by a company is attributed to the shareholders through a “franking credit”, which is both added to their income for calculating their tax and subtracted from their tax payable.  This reduces the income tax payable on a distribution for people suffering tax rates of less than 30%.  It effectively removes the tax disadvantages that previously existed of distributing dividends to shareholders by only requiring them to pay the difference between the corporate tax rate and their marginal tax rate.  Prior to 1987 a company would pay company tax on its profits and if it then paid a dividend, that dividend was taxed again as income for the shareholder.    This double taxation applied to both listed and private companies.

The effect of a change in corporate taxation varies with the company’s payout ratio and the investor’s marginal tax rate.   The payout ratio is the proportion of earnings distributed to shareholders as a dividend. The remaining earnings are retained and re-invested by the company.

In all cases, the proportionate reduction in “take home” income is equal to the new tax rate.  In this case, as suggested by the AIG, it is a 20% reduction in income.  For families running their business through a company, this will bring back the dreaded double taxation of dividends.  The AIG suggestion might advantage the top end of town, but it will be a big kick in the guts for small business people.

For self funded or partially self funded retirees relying on dividend income, the loss of dividend imputation will only add to their woes.  This suggestion, on top of suggestions of an increase in the tax rate for part or all of superannuation funds in pension mode and the January 2017 Age Pension assets test change and you can see superannuation fund retirees have reason to be glad that the GST increase is off the table.

A GST increase would have been very difficult to compensate most retirees for and the same can be said for loss of dividend imputation.  The major compensation proposed for the GST was to lower personal income tax rates.  Most retirees, even self funded ones, are not paying any income tax due to the tax freedom of superannuation earnings held in pension mode and drawings after age 60.  An increase to the Age Pension would only benefit partially self funded retirees or those reliant solely on the Age Pension.

The only compensation that has been suggested for the loss of imputation credits is a decrease in the corporate tax rate.  This is great for big businesses and will potentially encourage more foreign investment In Australia but most Australians will be left worse off.

While the effect will be greater for older Australians, removal of dividend imputation will harm every Australian’s superannuation return.